Download a play sheet from the links below and make this great stand-up Cavalier. There are three sizes, and all of them fit on normal A4 paper. Download all three and make a Cavallier family! 😀

Click on the image to learn all about the features that make Cavaliers so special. 😉 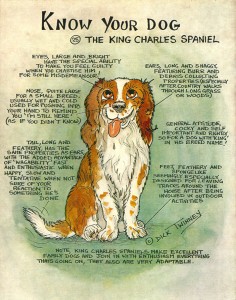 Filipa to the Rescue! 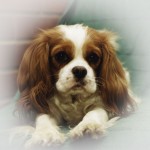 Fillipa and Rupert were staying overnight with our friend Heather and her three children.

The doglets had been very good all day, and 16-year-old Matthew took them out into the garden at bedtime for a final wee. They came back in, and Heather took them up to bed. Fillipa, however, would not settle, so Heather took them both out for a little walk to see if that was what Fillipa wanted. Fillipa became very agitated whilst out, and when they turned round to go back home, Fillipa was pulling really badly not her normal behaviour at all. They ended up running most of the way back!

When they arrived home, Rupert settled immediately in 13-year-old Jennifer’s room. Fillipa went upstairs with Heather, but still would not settle. She kept barking and was in a play-bow but with her tail right down, not wagging as per normal. Heather tried all our usual commands to make Fillipa lie down and go to sleep, and even when Heather became quite firm with her, Fillipa just kept barking and barking. This was most unusual for Fillipa as she was very sensitive and hated being told off. 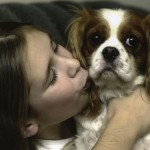 Heather decided to check on the children, to see if Fillipa had woken them with all her barking, and when she opened the door to 9-year-old Samantha’s room, the room was full of smoke! Samantha was still asleep, so Heather woke her and opened all the windows to clear the smoke.

Once everything had been sorted out, Fillipa settled straight away. No one else had smelt the smoke as Heather had been baking bread and the whole house smelt of bread!

When Samantha had gone to bed, she had a piece of damp kitchen roll which she wanted to dry out. She put it on top of the bulb in her bedside lamp, but fell asleep with the lamp still on. The kitchen roll dried out and began to smoulder, giving off smoke. If Fillipa hadn’t been so persistent, the whole family would have been asleep, and the consequences could have been disastrous.

Fillipa had been very brave and clever, not for her own family or even her own home, but for her friends.